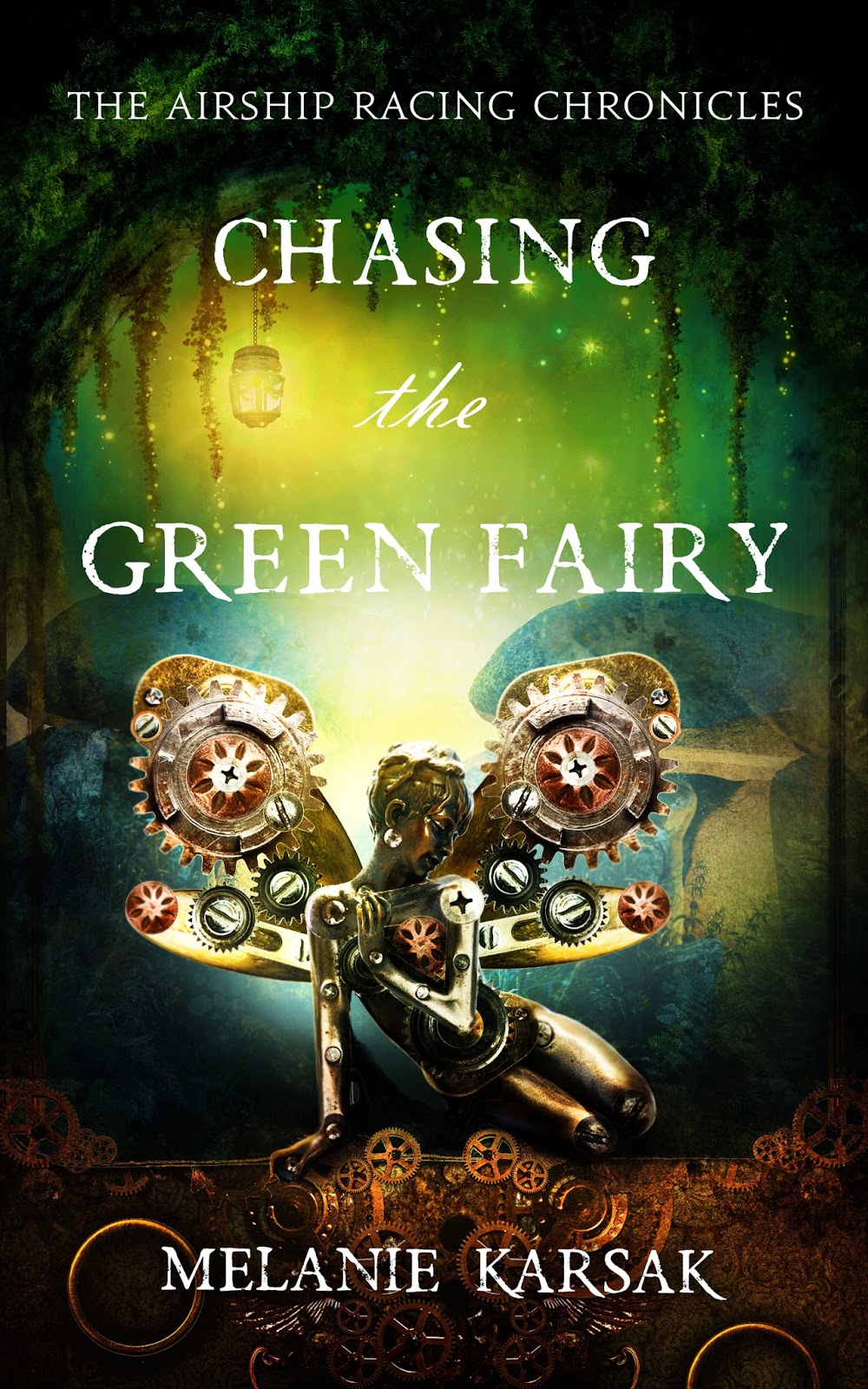 We are pleased to reveal the cover for Chasing the Green Fairy, The Airship Racing Chronicles II, by Melanie Karsak. The novel will be available in paperback and ebook at Amazon.com on March 4th, 2014.

A sabotaged airship.
A recovering opium addict.
A messenger with life-shattering news.

Pulled head-long into the ancient secrets of the realm, Lily soon finds herself embroiled in Celtic mysteries and fairy lore. And she’s not quite sure how she got there, or even if she wants to be involved. But Lily soon finds herself chasing the spirit of the realm while putting her own ghosts to rest. And only accepting the truth–about her heart and her country–can save her.

Begin the adventure with Chasing the Star Garden, The Airship Racing Chronicles I.