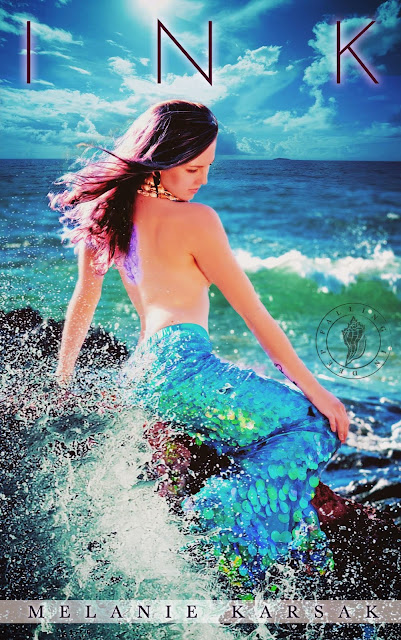 A mermaid princess destined to wed a handsome king…

It sounds like a fairy tale, but the reality is far murkier.

Ink, Princess of the Florida Atlantic mers, is slated to wed the ancient enemy of her tribe, the King of the Gulfs. After years of war that led to countless mer deaths, as well as the genocide of aquatic shapeshifters and the freshwater mers of Florida, Ink’s marriage will bring lasting peace.

Or so it seems.

Mere hours before she’s supposed to leave the ocean for her customary year as a drywalker, Ink meets Hal, an alligator shifter who warns her that a storm is brewing. There is malicious intent behind Ink’s marriage—and worse, meeting Hal has also caused a storm to rage in Ink’s heart. Nevertheless, loyal to her tribe, Ink will put aside her feelings and journey to Miami to marry the decadent King Manx.

Ink soon learns that her only hope of surviving the crashing force swelling around her is to tap into a power deep inside—a forbidden power that might destroy them all.

Melanie Karsak is the author of the Amazon best-selling series The Airship Racing Chronicles, The Harvesting Series, and The Saga of Lady Macbeth. She grew up in rural northwestern Pennsylvania and earned a Master's degree in English from Gannon University. A steampunk connoisseur, white elephant collector, and zombie whisperer, the author currently lives in Florida with her husband and two children. She is an Instructor of English at Eastern Florida State College.

Connect with the Author Online:

Author Interview:
1.      What is your favorite mermaid story or myth?

When I was a teen, I fell in love with the Slavic/Russian novels written by C. J. Cherryh, including her work Rusulka. Rusulka is the story about a drowned girl who becomes a haunted spirit. Rusulka are prevalent in Slavic myth. They are often depicted as spirits, but sometimes they appear as nymphs or water sprites. I was really inspired by Cherryh’s Rusulka character.

You can catch the paperback for a penny on Amazon!

2.      What was the inspiration for your mermaid novella? 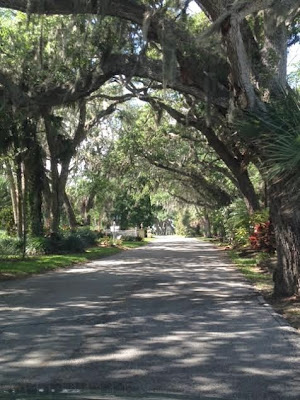 I moved to Florida about five years ago, and I was really inspired by all the sights on the coast. We’ve taken trips to Miami on a few occasions. I enjoy the architecture, but dislike the vibe of the city. It’s the same vibe Ink feels when she is there (sorry, Miami). I live on the Space Coast, not far from NASA, and I love this area. We are close to Cocoa Beach which has the feel of a “once-happening” place. There is a quaint charm to its faded, sea-side glory. I adore Cocoa Village, a quaint downtown area. There are lovely little shops and old oak trees with Spanish moss. It was the perfect setting for Ink’s eventual rendezvous with a good friend.

3.    Cast your characters. If your novella was made into a movie, who would play your main characters?

Ink is hard to cast, but I would probably choose someone like Megan Fox.

4.    What was most challenging thing writing about mermaids?

The world building! Oh my gosh, it took me forever to figure out just how “under the sea” functioned in terms of a society. There was nothing to go from so I just made it all up! It took a lot more time and brain-power than I expected.

I actually really love cecaelia, mer-octopus like Ursula. They play an important role in Ink.

6.    What else should we know about your novella?

There are alligator shifters and nyotaimori (Google it). I now know way more about alligator mating calls than a normal person would find useful. Don’t judge me by my Google searches. :)

As I jerked my knife, I stared at the boat motoring overhead. Seaton was right. Everything about this fishing practice was illegal. The purse-seine fishing method they were using had been outlawed years ago. Disgusting. At least merpeople honored their laws, even when we didn’t like it.
The torn net wagged with the motion of the waves. As I worked, anger welling up in me. If it hadn’t meant having their refuse in my waters, I could just sink their boat and drown them all. It was, after all, instinctual for me to want their death. While our law forbad using siren song, which was nothing more than tuning of sound resonance, I still felt the ancestral tug in me. I would have loved to purr a sweet song and pull them down into a murky death. I could almost hear the tune in the back of my head, humming from an ancient source. The song of the siren was nearly lost now, its banishment causing it to fade from common use or knowledge. I closed my eyes. With just a few notes, it would all be done.
“Ink?” Seaton called.
I opened my eyes. Careful, Ink. “Good. Almost there.” I glanced back at Indigo. She’d moved the mother dolphin deeper into the water, away from the surface, and had shifted back into mermaid form. Her blueish hair, befitting her name, made a halo around her. She was using merdolphin magic to dazzle the creature, talking in low melodious tones that echoed softly through the water.
Seaton stopped just above me.
“Got it,” I said, then slid my blade upward. The net broke in half, wagging like seaweed in the waves.
Seaton and I swam to Indigo who was guiding the mother dolphin, holding her gently by the flipper. From above, there was a terrible groan, then a screech as the gears on the winch sprang to life. The net wall moved like it was alive, the tentacles of a great sea monster closing in on us.
“We must hurry,” Seaton said.
Moving quickly, we swam through the tear and out of the net, back into the safety of the open ocean.
The gears on the winch lurched. Water pressure pulled the tear, causing the net to rip wide open. The tuna rushed free. I tread for a moment, stopping to watch the sight as Indigo guided the mother dolphin into the dark water below us.
“The pup is coming,” Indigo called from the blackness below.
Above, the bottom of the boat rocked, unsteadied by the broken net. The winch slowly reeled the mesh out of the water. It looked like a dead thing, a man-made monster fished out of the living ocean. As the fishermen moved along the rail of the ship, their images were weirdly distorted against the surface of the water. With all my willpower, I sucked in the death-dealing note that wanted to escape from my lips. The massive swirling tribal mark on my back started to feel prickly and warm. Harnessing myself in, I reminded myself that it was forbidden. I turned and swam into the shadowy deep. 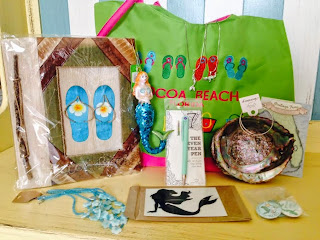 a Rafflecopter giveaway
Email ThisBlogThis!Share to TwitterShare to FacebookShare to Pinterest
Newer Post Older Post Home
Welcome to Clockpunk Press. We are a boutique press specializing in speculative fiction. While we love all flavors of the strange and unusual, we are particularly interested in genre fiction in the areas of alternative history with science fiction/fantasy elements, steampunk, clockpunk, greenpunk, gaslamp, and Gothic-style novels. Please see our submissions guidelines for details.